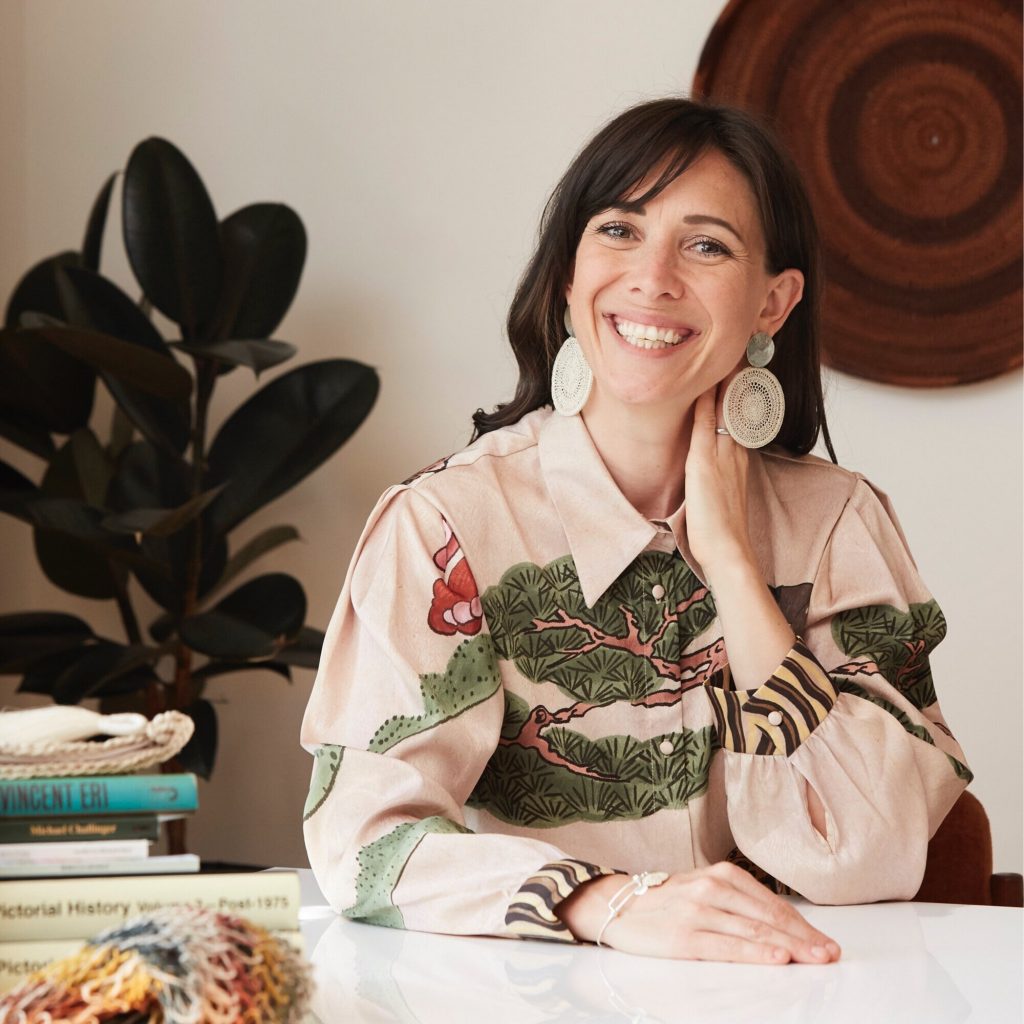 As founder and creative director, Jessica Cassell’s ambition for Papua New Guinea’s Bilum & Bilas is for the venture to be well-known internationally as “a brand that has best practice around in working with artisans and working with cultural creative industries.”

The brand, which sells bilums, jewellery and a small homewares range internationally, aims to  “honour and celebrate traditional artisan skills, whilst providing meaningful and fair employment for the women,” Cassell says.

Cassell first travelled to PNG in 2008 as volunteer working on HIV awareness. She was struck by the iconic traditional craft of bilum weaving, describing them as  “works of art”.

She initially started buying bilums for her own extensive collection, then expanded into on-selling them.

“I knew from being in the rest of the world essentially, that I’d never come across it [bilums]. So I realised there were other people like me, and that there were women in PNG who were struggling, who wanted to sell more because they had really limited market access.

“I guess that’s sort of initially where the idea came from, and it just seemed that it just needed a bit of support to connect the dots, you know, connecting the supply and demand.”

In considering how to expand the venture, Cassell reflected on development, ‘capacity building’  and economic empowerment projects she had seen that sought to teach women new skills. She saw things differently: “ I was thinking, well there’s all this potential for economic opportunities from skills the women already have, instead of having to capacity build from scratch. We harness what women are already capable and excelling at, to [create] something more formalised.”

Bilum & Bilas now employs four full time weavers and a jeweller. Cassell says directly employing the women means they can work together on sampling, product development and quality control, and the weavers are paid for their time and work.

“I really wanted to provide employment [that was] stable, secure, that they could really rely on.  I saw that that’s what the women that I was working with really wanted, that stability and security.”

She learnt however, that creating bilums to specific designs to meet market demand was difficult. They are time consuming to weave, and so an enterprise based solely on producing and selling  these bags was not viable. The bilums Bilum & Bilas still sells are sourced directly from communities, and  in-house production moved to Bilum & Bilas’ jewellery and wall art lines.

“We came up with the idea of, well we need to make something that captures the skills of bilum, in the same way bilums are beautiful, but in a  smaller microform so that we were able to make it more viable.”

The jewellery uses woven elements alongside metal components, and because they are smaller, the artisans she employs are able to produce more, providing for greater sustainability for the venture.

“It captures the essence of the bilum, but one of the weavers can probably make one or two pairs of earrings—depending on the design— in a day, versus a bilum [which] can take some two to three weeks.”

“The design process is very collaborative,” Cassell says, and the products seek to showcase the weavers’ skills and elevate the pieces.

“I’ll give some direction on products, and then the women really explore and try things out… and there’s a lot of back and forth, because it’s really in keeping with what they can do, their skills, what they’re comfortable with, and trial and error, as opposed to being really prescriptive with designs and giving design sheets and measurements and being very sort of directive.”

As with other cases where people are working towards contemporary applications of traditional crafts, there have been some challenges in conveying what they do.

“I think what feels right for one person in a culture might not necessarily feel right for another. And I think that Papua New Guinea is so complex… you can’t keep everybody happy all the time. We’ve got a small team, and the cultural crafts and patterns that we’re working with belong to those women, and they actively want to use those crafts and patterns in what we’re doing.”

She says Bilum & Bilas has an artisan agreement between the organisation and  the weavers “that very clearly states, what element of our products are cultural designs and therefore that the women own them, but once that’s put with different metals in different shapes. essentially that kind of manifestation then is a Bilum & Bilas design. But it’s very clear that the elements of the pieces that are woven in traditional patterns belong to the women. So we have an agreement in place.”

Again this has been a learning experience, Cassell says. “We’ve made some mistakes in that in that area, which has been, you know, good essentially in the long run because it’s taught us how to be respectful in the space.

“It’s like a new creation, versus interfering with old designs.”

Intellectual property concerns with respect to Pacific Island crafts have long been a concern. While work continues to protect IP, for example seizure of machine-fabricated bilums imported into PNG from Asia, companies like Bilum & Bilas have also had their work copied.

Cassell says its expensive and time consuming to seek prosecution, so they take it as encouragement “to be ahead of the game, to constantly innovate, to be creative,  to stay ahead. And also, I think that ultimately, part of our MO  [modus operandi] essentially is to help support Papua New Guinean artisans to get market access and essentially if we’re inspiring people at that level to come up with new designs and that means that they’re selling more product, even though it doesn’t always feel right if you’ve had your work copied, essentially, we’re meeting our objectives and we’re succeeding if people are able to produce products, and they’re selling more and they’re getting more of an income.”

COVID has seen Cassell work out of Australia. This has presented some opportunities, as she has been able to host retail events and sell at markets such as The Finders Keepers artisan’s market. “That’s been excellent. It’s been wonderful seeing the reception of the general public, because, obviously, in Papua New Guinea, we’ve got a real captive audience.”

Prior to border closures, Bilum & Bilas had a strong domestic customer base amongst local residents and visitors. Being based in Australia has enabled her to find new stockists in boutiques and gift shops, and in the store at the Australian Museum. Bilum & Bilas is also about to be stocked at QOMA (the Gallery of Modern Art) in Brisbane which is “super exciting”, Cassell says.

Bilum & Bilas’ marketing materials and designs have a coherent aesthetic—the brand features lots of earthy tones and natural materials—but Cassell says this is something that has evolved over time and with experience.

For example, when she first started by on-selling bilums online, “ I just got it wrong. I just didn’t quite get the target market… I had a very sort of colourful, a young brand. At that time, and it wasn’t right.

She says while sales were still okay, she intuitively felt it wasn’t the right market.

“It wasn’t a mistake because it was meant to happen, because it then taught us really to look at who is our customer. And what are they wearing, what’s their taste… really knowing that, knowing your audience.”

The pandemic meant that while “Export was always part of our strategy… it was really forced upon us,” Cassell says.

The exponential increase in freight costs due to the pandemic, affected Bilum & Bilas, but the venture was able to access Pacific Trade Invest’s freight package. “The [company’s] buffer had really disappeared because of the additional freight costs, so we were really down to a really worrying situation in terms of keeping staff on and that sort of thing.

“I mean it’s not a huge amount, but what it did is it gave us that bridging period, that grace period…So it was really good. It was good timing.”

Being based in Australia now has also meant Cassell has been able to set up an online store more easily, and use PayPal and other online payment mechanisms unavailable in PNG.

“I’m obviously in a privileged situation to be able to have done that. And that’s frustrating because  it comes down again to privilege, you know, whereas … the financial technology essentially, it gets sorted out, then it’s hugely empowering for all kinds of small businesses and businesswomen in all developing countries.”

She believes there is immense opportunity for PNG’s creative industries if they can get through challenges such as freight costs, difficult internal logistics, and the complexities of business and taxation compliance.  “ There’s huge, huge opportunity. The homeware sector is booming elsewhere, especially due to COVID and more lockdowns.”

She’s keen to look at other Pacific Island countries as potential markets as well, particularly in the tourism accommodation, hospitality and boutiques/gift shop sectors. She says while there is a lot of competition in this space from in particular, Asian countries where labour costs are lower and economies of scale more favourable, that’s why telling the story of Bilum & Bilas is so important.

“At the end of the day there’s a big market share of people that even though they love it, it still comes down to the cost. So you can get the look of something,  from potentially a different, cheaper version. But then I suppose that’s it makes us niche, our customers are people that really are willing to pay for that authenticity.”

This article was first published in Islands Business in August, 2021. 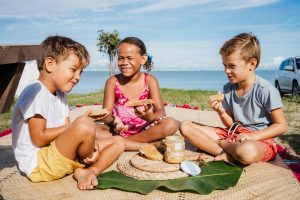 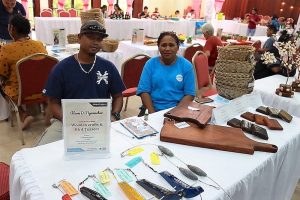 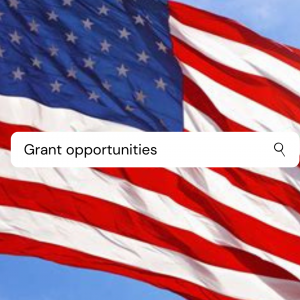 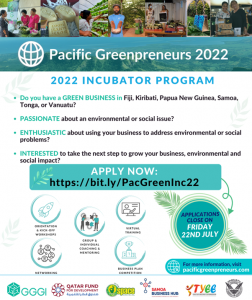 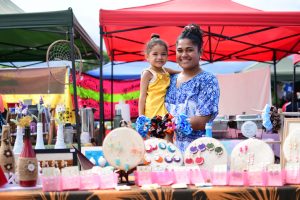 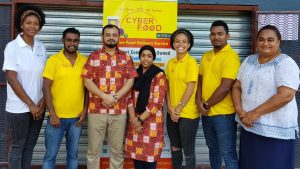 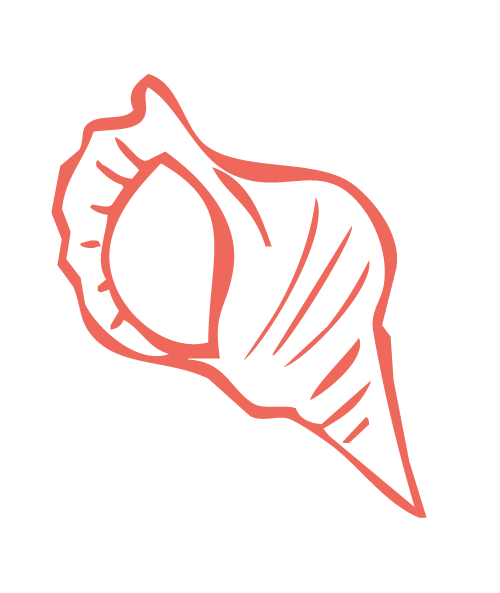